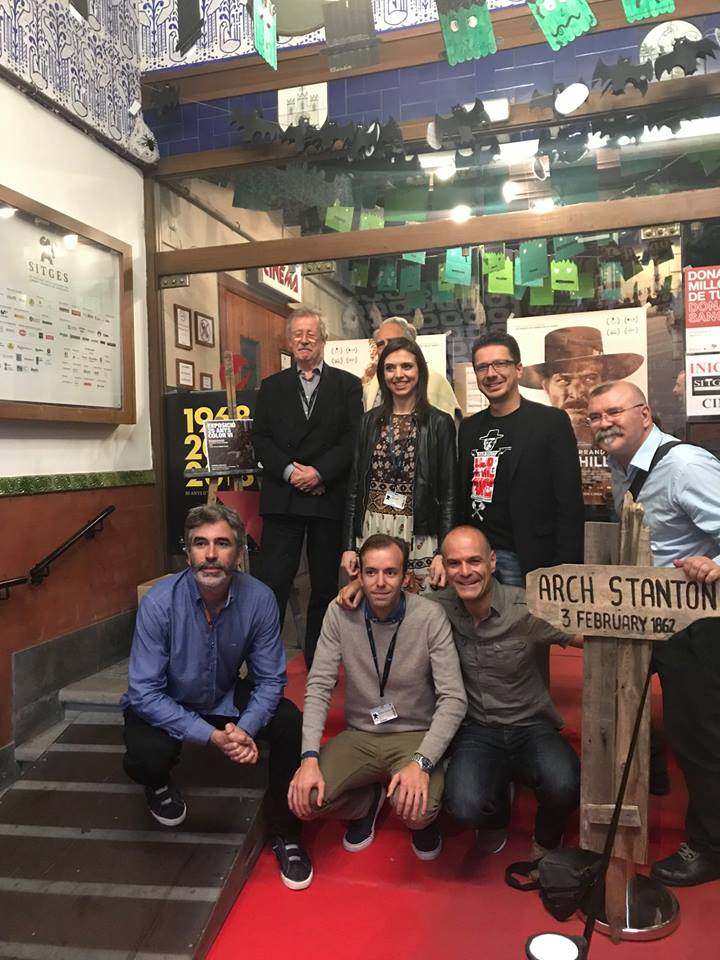 The European preview of our documentary, the Sad Hill Unearthed, took place in Spain on the 7th of October, during the Sitges Festival International de Cinema Fantastic de Catalunya.

One part of our team got the honor to participate at this event and have seen the three-minute ovation after screening.

The film was selected to the official competition, and won the prize for the best film, in the Best New Visions Picture category on the 13th of October in Sitges.

The projection of the documentary has started on the 19th of October in the Spanish cinemas and got amazing reviews from the audience.

A short summary of the film:
In October 2015, a group of fans decided to start digging and discovered the original paved circle of the cemetery with more than 5,000 tombs at Mirandilla valley in Burgos.An area where the final scene of The Good, the Bad and the Ugly has taken place. Sad Hill Unearthed is an extraordinary history which is hidden behind the most important place of the film. An area, dreams, motivation and a common aim that brought together fans, coming from all over Europe to revive this place.