The great honor of the official picture with H.S.H. Prince Albert II 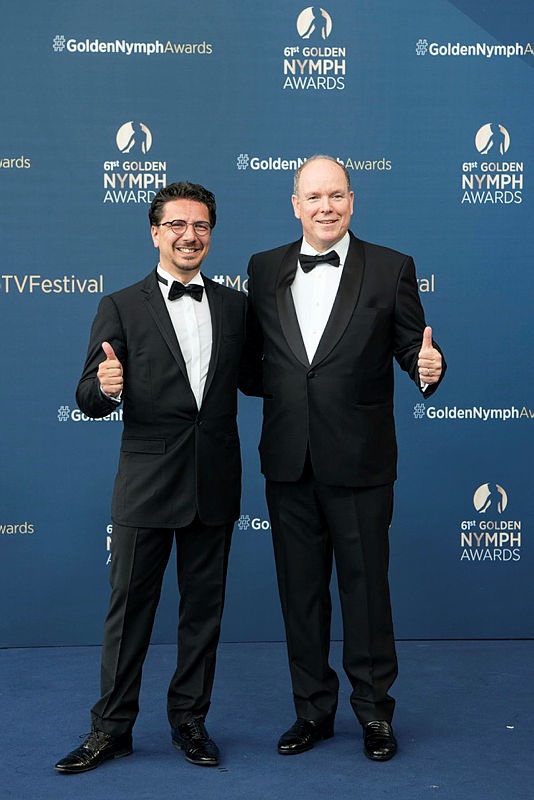 The “Monte Carlo Television Festival,” organized by the Principality of Monaco, is a world-class television program competition that, along with the Emmy Awards, is one of the four major video festivals in the world. This year marks the 61st edition of the festival.

The Festival concluded on June 21 with an awards ceremony at the Grimaldi Forum.

Cédric Biscay had the honor of having his official photograph taken with H.S.H. Prince Albert II of Monaco on the occasion of the announcement of the animated series production “Astro Boy REBOOT,” a collaboration between Monaco, France and Japan.