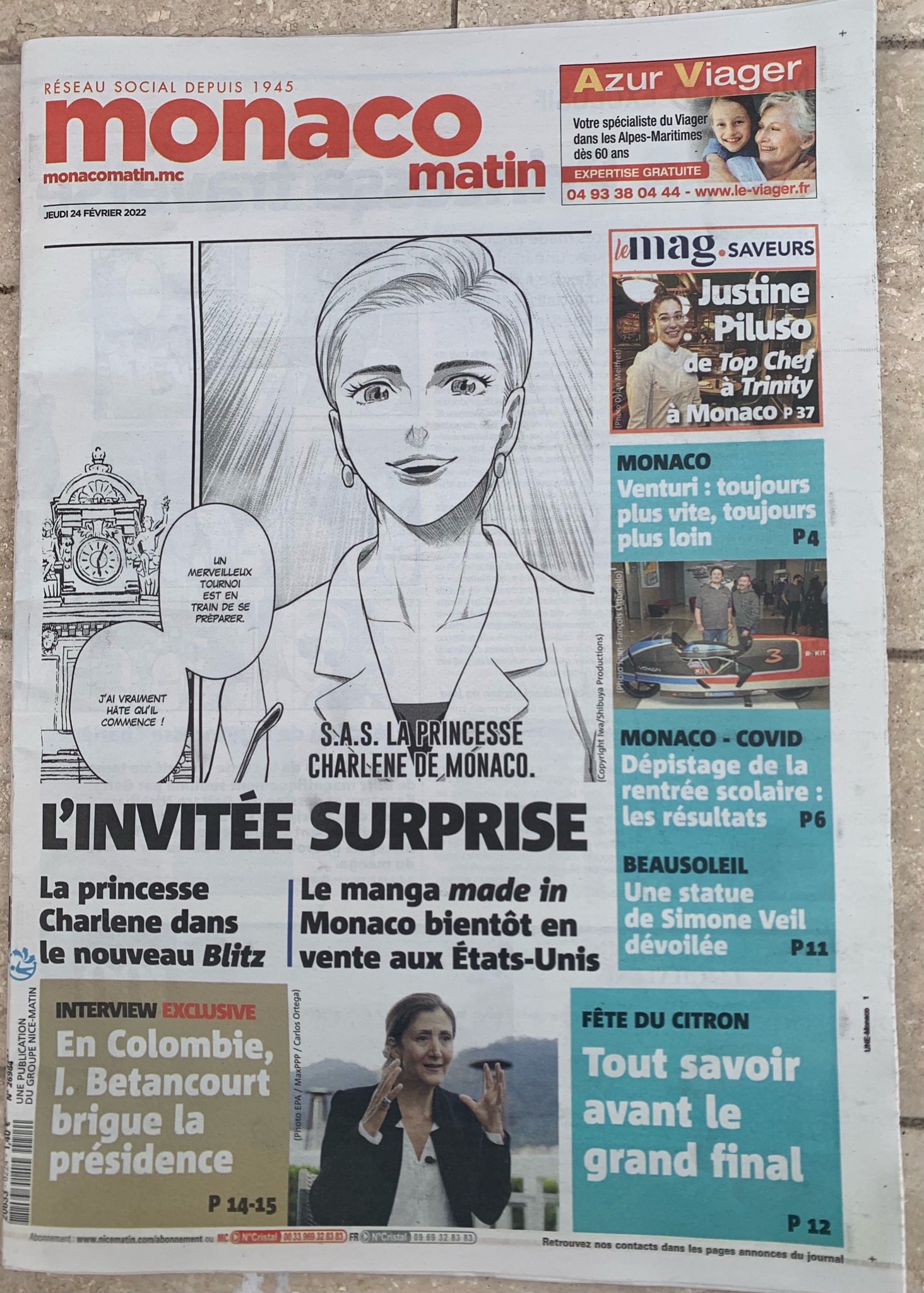 H.S.H. Princess Charlene of Monaco will appear in the sixth volume of BLITZ, which will be released on Friday 25 February.

H.S.H. Prince Albert II has already appeared in the fourth volume of BLITZ.

This is a great honor for our company, which is headquartered in Monaco, and a very important event for the production of BLITZ.

The character of H.S.H. Princess Charlene appeared on the front page of the Monegasque daily newspaper “Monaco Matin” on February 24, while the regional newspaper, Le Parisien, carried a picture of her on its front page. 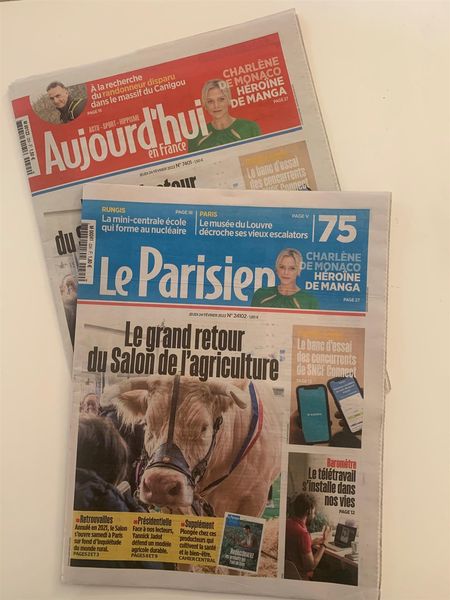